Juvenile Thrills for the 50 Year-Old: The Suicide Squad

Once again I find myself hooked on yet another forthcoming movie, thanks to Ben Lathrop and the animated movie Batman: Assault on Arkham, and probably a pull campaign of a subsidiary of Warner Brothers Entertainment. Heck there's even been a cast announced in Variety for it. The movie based off of the Suicide Squad comic books. Like Aquaman, I never read the title beyond when I perusing a friend's more massive comic collection in the 80s, but I have some strong opinions about it. 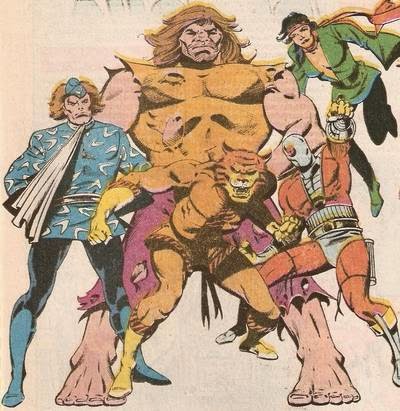 First off, the cast is all wrong. He's my dream Suicide Squad cast:

Wait until you see my plot.