It hasn't been that bad of a year for me or mine. The Viddo shut downs did not affect my work at the milkshake factory, because transportation for sick people remains even during plague days. Indeed, my job itself became a lot more fun for me because my company started sending us to various small towns throughout the Midwest (Ohio, Pennsylvania, Indiana, Michigan, and Wisconsin)-- one thing I love is visiting new places on coachman holidays, so to speak. For Peryton, she got to stay at home and works for a super kewl company, so the only thing to change for her was the lowering of her stress levels. 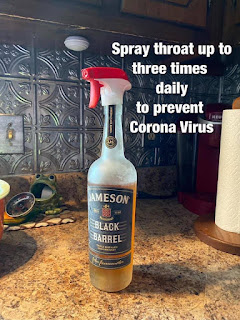 My gaming trip life has been shifting from in person to more and more video calls for years now. The lack of conventions and get-togethers around them, is what bugged me the most. My closest friends, those within my Pery Pubbers gaming clique, did a get-together anyway in August showing that we still had the spunk in us to do raw tabletopping when we had to. SO I guess this was a "B-" year, the meeting of new people being down but the quality of die-hard friends keeping life good. 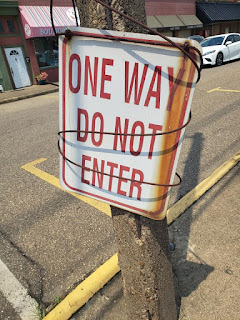 I haven't enjoyed watching the world around me go from a lush landscape of diversions with scores of non-franchise restaurants and watering holes, to a desert where Amazon, Wendy's, and Wallmart were cemented into the fabric of the universe as its pillared foundations. This sort of crass over-reliance on exploitative outlets keeping semi-employed customers comfortable instead of a thousand micro-economies has lead to some ugly creeping up from the late 90s and Aughts, the age of conspicuous consumption. Variety is not necessary in the long run to most corporations. Human niceties can be hand-waved away because of mindsets that are concerned about their own well-being.

Some where beyond the obnoxious Outrage Brigade supposedly filled by SJWs and the ginger-haired frog-boys of the Alt-Right, I have been able to find my own happy middle. I look forward to seeing what franchises like Star Trek and Doctor Who are going to be up to now their producers have worked through their woke agenda. I also continue to watch as White and Male Rights advocates, err critics of these shows realize that for all their rales no one is listening to them. Away from the big money products, I am sure that producers of the smaller media, namely RPG products, will start noticing the market for slanted views is still a small market despite both sides' provocations over the last ten years. 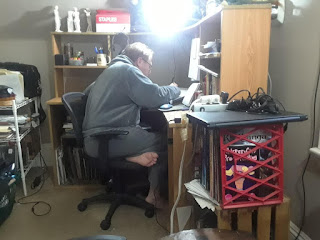 What does 21, the start of the 2nd Decade, hold for me? Well, it truly is a new start for me as I am quitting a profession lasting in one form or another some thirty-six years, twenty of those of it at the same outfit. On top of that a major regional change is occurring. What I am hoping for is a lot more time, and the discipline to capitalize upon that time, to work on my own creative outlets more seriously. Failing that there is always prostitution and eventual drug overdose. So we'll see how it goes.