The Rise of the Neo-Moderate

My views have not changed since 1984, the politics around me has though. While I have been moving further left from the center of policy done by the Feds and growing amounts of State legislatures, what I want has not changed slightly. Okay, I want single-payer healthcare and decent National Men's Team in international soccer. On top of those two things, getting immigrants that have a job a Social Security card for paycheck legality, regardless of rather pointless immigration standards, would be nice.

The media mainstream played by cable "news" channels, manipulated by conservative-minded corporate types and their employers, have increasingly started using words such as "feminist," "socialism," and even "bipartisanship" as red flags. Red flags to be waved in front of the listener without much analysis with the expectations of being to stab them in back as they charge at the provided target.

Yes. Yes. I have been pinko from the start. People of color should have their votes counted and unarmed residents of the USA should not have to face the death penalty without representation in courts. At the same time, I believe in the merits of people serving in our military forces and reading the constitution of our United States to base political arguments upon. So it can't be said that I am really that extreme.

So here I am. An "extreme liberal," according to right-wing trolls' definition of polity, I don't support Death-By-Cop of American civilians for a person possibly selling single cigarettes allegedly without appropriate compensation for the state outside of a thrift store in broad daylight.

Though I have had Newt Gingrich as college professor, I'd still become more and more "extreme" in the eyes of One-State GoP.

During at least three decades I've watched the political spectrum be moved by the most disingenuous actors in the process, towards basically what would be a single party system, on the Right-wing of things of course. One thing to say about the last administration, the Dumpster Fire seems to be as far anyone really wants to go.  I am sure the next time around, and still within my lifetime, some assholes will be wanting to go for a little bit more.

Since the late '80s I've watched things swing rightward. While being doled out from the official Democratic National Congress, I am told by the first institutional political party in free America that these guys get me. Funny they didn't do so back when I was "Progressive' back in 1986. They also didn't get me in 1996 when I disagreed with bombing the Serbians, where I was serving as a soldier in that Hazard Zone already. They kind of got it right in 1999 when I supported Al Gore, but by then the One Party GoP was too entrenched to be stopped. 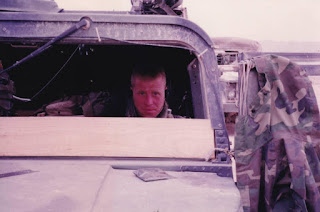 So now, after Trump and his insults towards civility as well democracy, I am told to support the "Neo-Moderate".  Somewhere around the Neoliberal war mongers that were supposed to fix the Middle East, as promised by the right-wing; the Libertarian that promised GOVERNMENT would be out of bedroom; and the Clinton dynasty that assured that racism was dead. The neo-Moderate is going to give me my treasured social security without the over-reach by the police state. Perhaps Joe Biden has not been a opportunistic corporate-lackey. Maybe if he was, perhaps corporation-based politics are thinking that some of my worldview is the appropriate key towards doing some good. Perhaps it's just someone lying to get into a political office and I will be upset later.

I am willing to give this late success to you my "Neo-Moderate" friends. You could be a space holder for rightwing policies or we can start redefining the objectives needing to be attained. At the end, it's about accountability.