I Haven't a Damned Thing To Complain About

Not sure why, but the game of soccer has always been exciting to me.

Growing up, soccer was the sport where I showed my parents that I was well-balanced enough to be a member of a team. At the same time, I read rags about the North American Soccer League and the German publications Das Kicker as often as I ever read any comic book or fantasy trilogy. So when JerryTel asked me to accompany him as a guest to Columbus Crew home games, I couldn't say no. And since he suffers from the same affliction as I do, he's a tabletop role-player, I was able to modify these Saturday nights in Columbus into little gaming hoots.

Saturday morning Thena decided that I shouldn't be leaving, so she started the "Desk Dance" for me early. But even Peryton was ready to go twenty minutes early.


Though we were about two hours too early, the fellow at the front desk let us check in. I think it was we connected on hanging out between Frankfurt and Dresden Germany in the 90s. To pass the time, the woman and I walked around the block, finding a Dollar Store and State-license liquor vendor, which is what Ohio calls liquor stores. There I was able to find some Guinness Black Lager, which JerryTel turned me on to last Summer at the Chelsea vs. Inter-Milan game. Pery decided to partake as well with a four pack of mudslides. And doing military math, we ended up with a twelve-pack of back-up beer just in case. 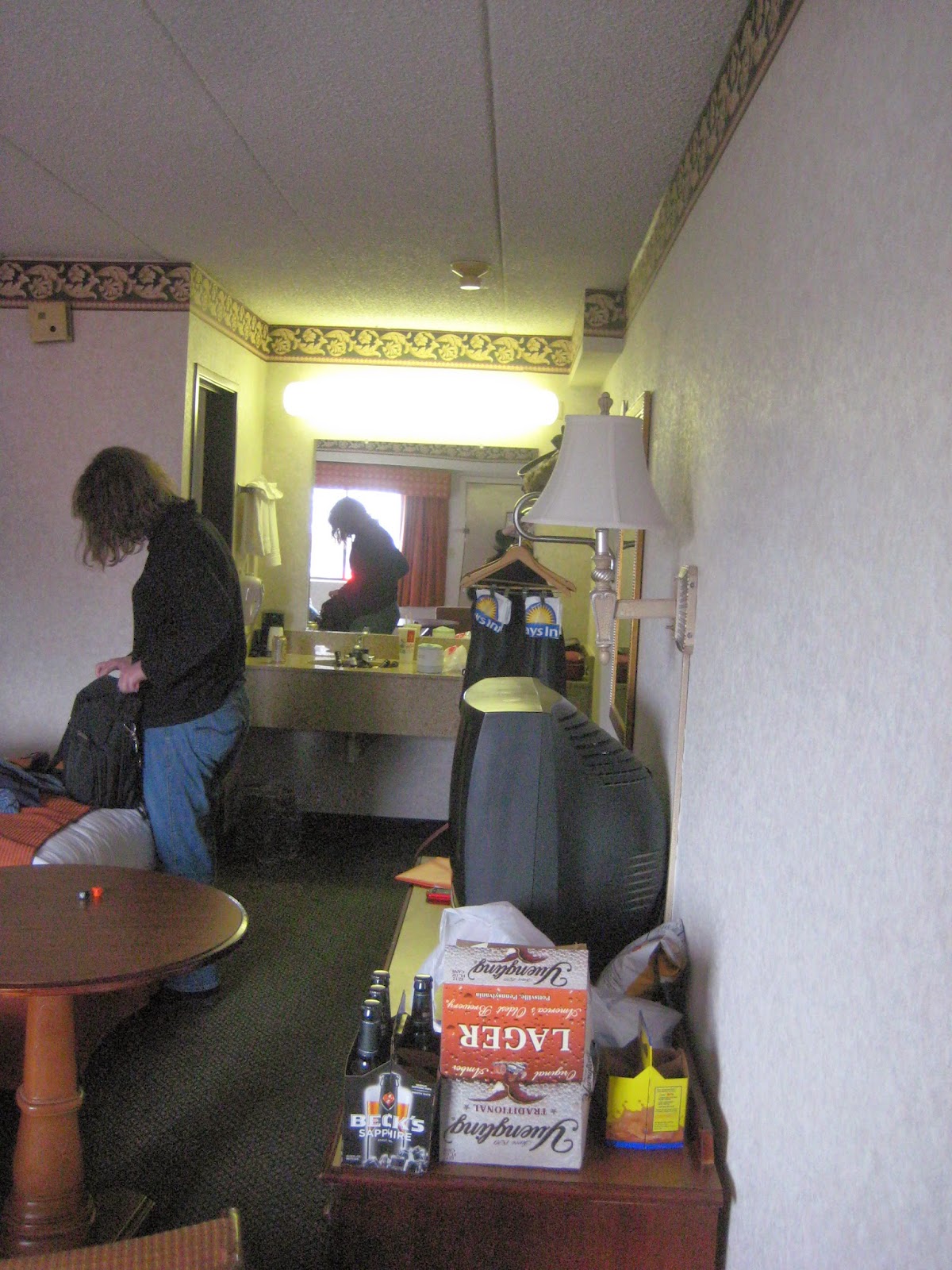 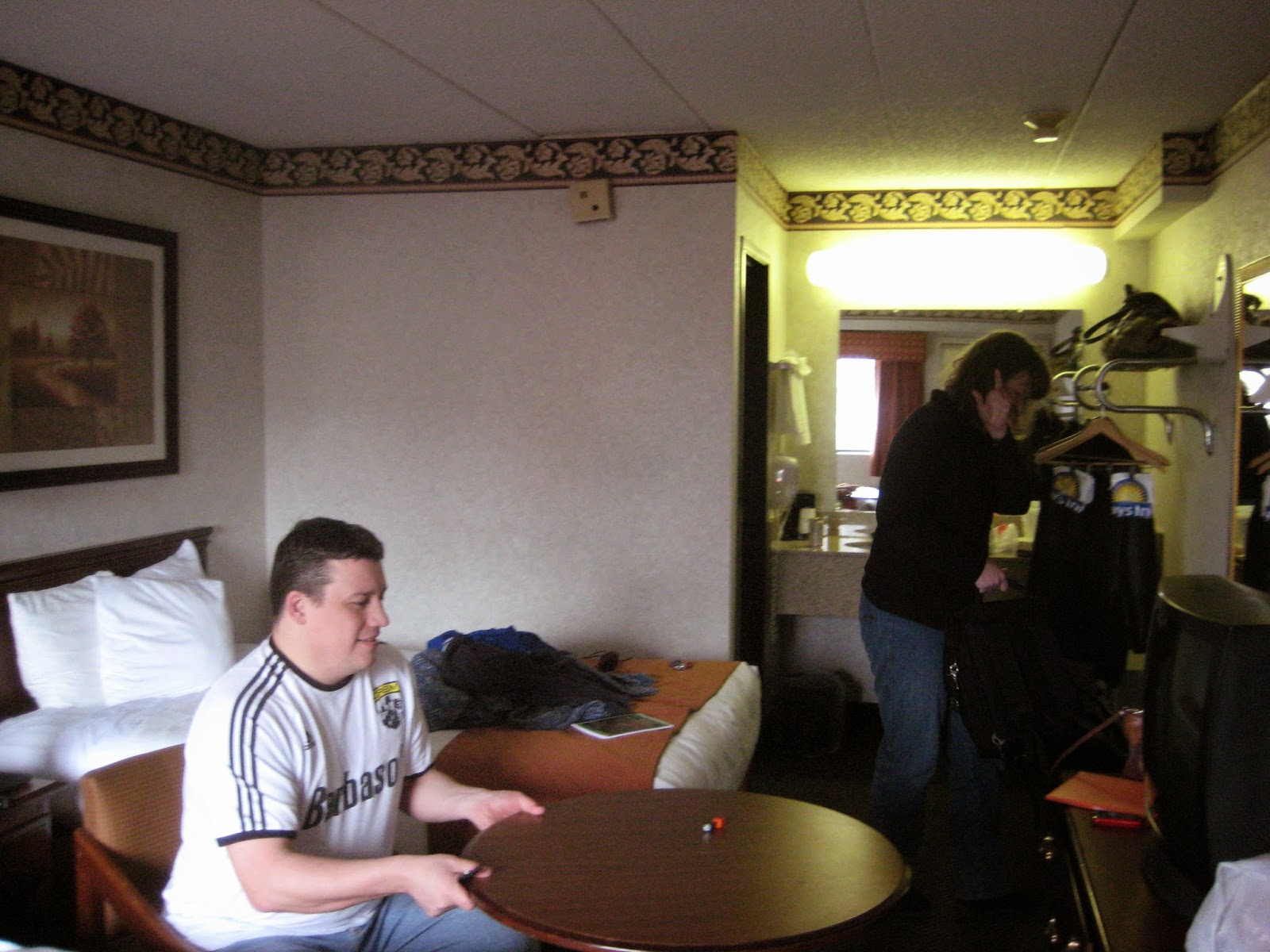 Jerry showed up right around 2:30pm and after a quick meal, we jumped right into my Wobble scenario "The Tinfoil Man." I expected things to go quicker than they did, so we paused it around 5:15pm to get ready for the Crew Game. Not having to buy a ticket gave me cash for more beer, and Crew shirt for Robin. The game against the Philadelphia Union, probably my second favorite MLS team, was a joy to watch. More because it was cold and there was a lager beer available, I think it was called "Crew Red Lager," than the quality of the play on the field-- the players weren't used to the cold, but it was perfect soccer weather for me. The Crew won as well.

Sorry I can't the pictures from my phone right now.

Well after the game, we ordered a pizza while Peryton finished watching a movie on the Sci-Fi channel, and we tried to finish my Wobble scenario. We didn't, but we got to an awesome stopping around 1am. We were dead tired, so sleep wasn't far for anyone.

Next morning, JerryTel and I headed to breakfast, while Peryton slept in, or so we thought. By the time we were back, she was up and dressed and the room was packed up. After a Boris and Natasha picture, everybody was once again on the road before 10am.

There's a ghost in the back room!!!