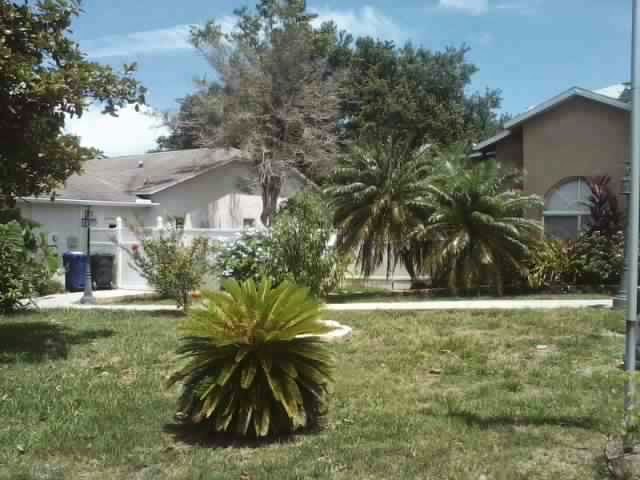 I flew out of Cleveland last Wednesday, June 4th, and with a stop in Atlanta to arrive in Tampa. There wasn't much to do, except get to and from airline gates at various terminals. Boy, not a way I enjoy traveling anymore, but the results were worth it. From Wednesday night until Friday afternoon, spent time with my parents, "Mom and Don" in the parlance of my family. On Thursday, we had a little birthday party for my oldest sister. Of course that get-together ended up at the House of Beer tavern, where tee-shirts were bought along with other things... like beers, maybe. It was at the tavern that I saw once again how much cooler my parents were than I was. 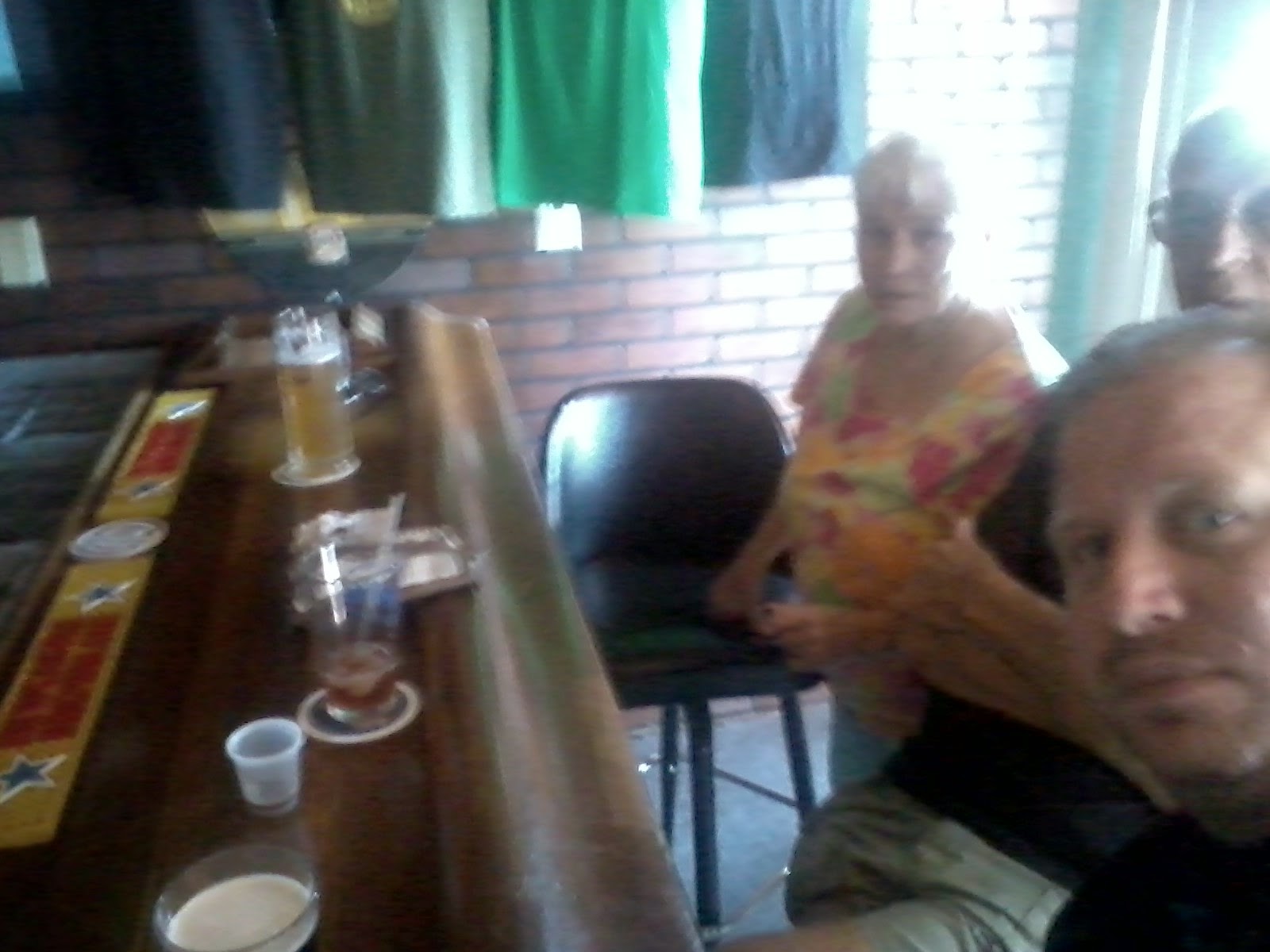 The following afternoon, my parents dropped me off at a Holiday Inn Express by, not far from the Tampa sports stadium where Eloy Lasanta's Salty Bay Con (salty bacon theme to a gaming convention) was taking place.  It was then the misadventure of this vacation started. Don, my step-dad, coaxed by my mother, walked into the hotel with me to make sure I was safely checked in before my parental units would leave.

A delay in checking in might cause a 14 y/o a bit of grief, but I am like 50 these days. Not sure if many of you know this, but I've slept on couches in lobbies in Budapest while making my way from somewhere by the Black Sea to Atlanta, GA with an expired American passport and an US military ID card. I've missed trains in Saarbrucken, De. and made my way back to Kusel, De. by foot with no money in my pocket nor a ticket to redeem thanks to my ex-wife. I've lived outside in Norway and South Korea for weeks on end. I've driven to Minsk, Belarus from Dresden, De.  on a long weekend. I wasn't feeling very 50 y/o or cool when my step-dad made the front desk manager promise that I had a room reserved. He of course got an answer quicker than I ever would've. Sigh. Poor me, I'll never be kewl.

The Meat Of the Trip

John Kennedy, no really, he goes by Myth flew in from Indianapolis. We said "hi" and caught up a bit. Eloy and his crew were still setting up the festivities when I arrived, so I headed out to pool and small lake behind the hotel. The Tampa stadium was host to some international soccer "friendlies." The big game was Zambia Vs Japan, and most of the Zambian supporters were staying at the same hotel. The pool was full of the most beautiful folk of Zambian descent the world has ever seen, with a few Japanese hipsters thrown in as well. Since I speak "Soccer" I made friends quickly. I am serious, I was struck at I how many movie star-like gorgeous people were walking around. A walk around the lake had me followed by "red-faced" ducks that about mugged me for any possible food that I might be carrying. Despite the large motel suites around the hotel, the place felt like a remote resort, similar to a places I encountered during trip that I took to eastern Italy and northern Greece. 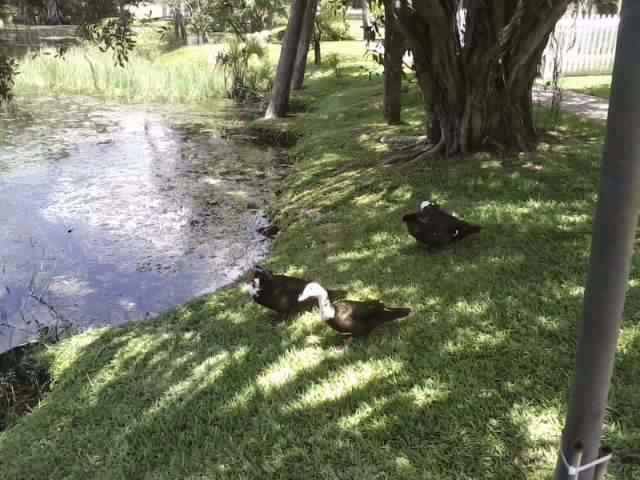 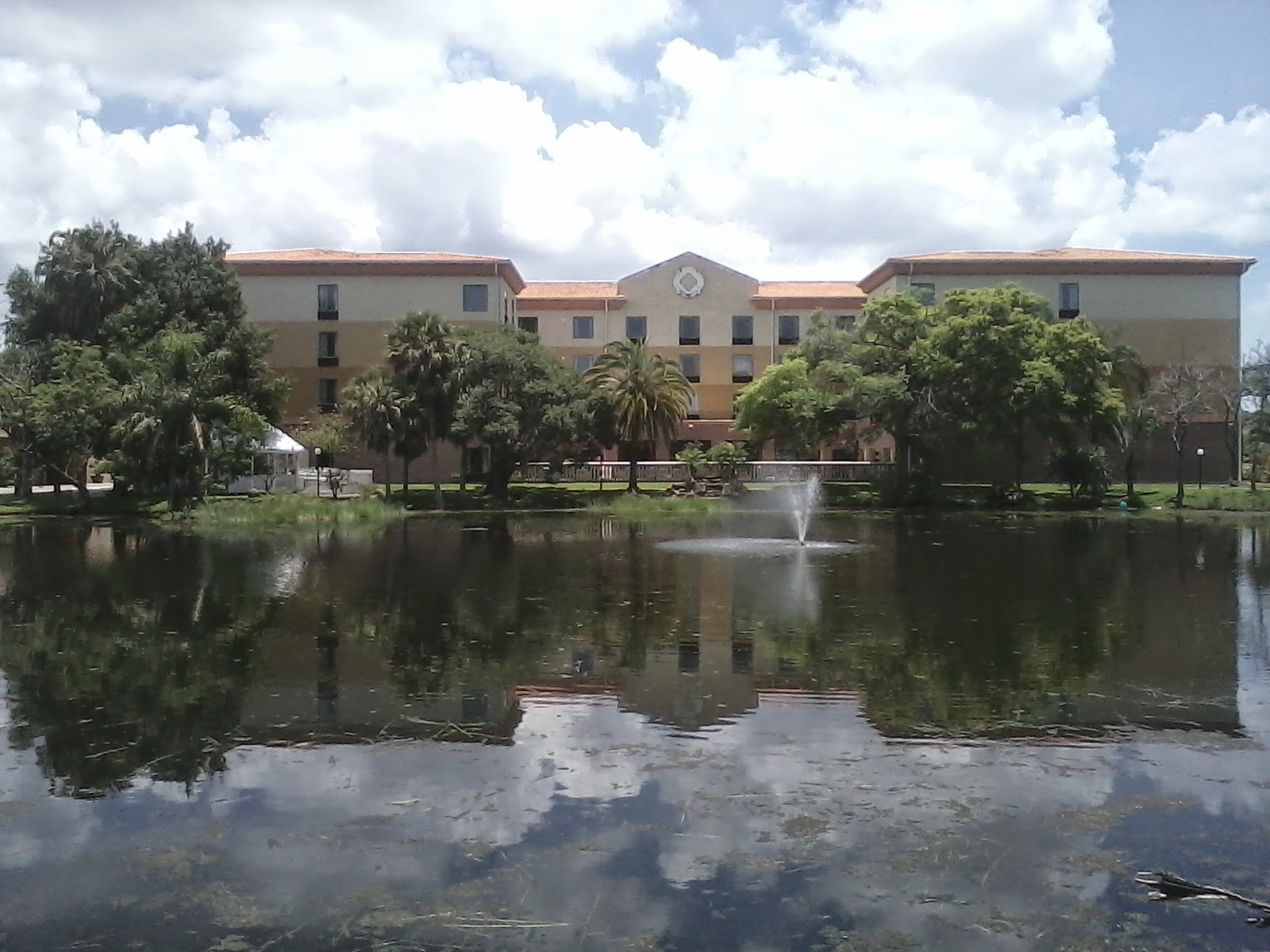 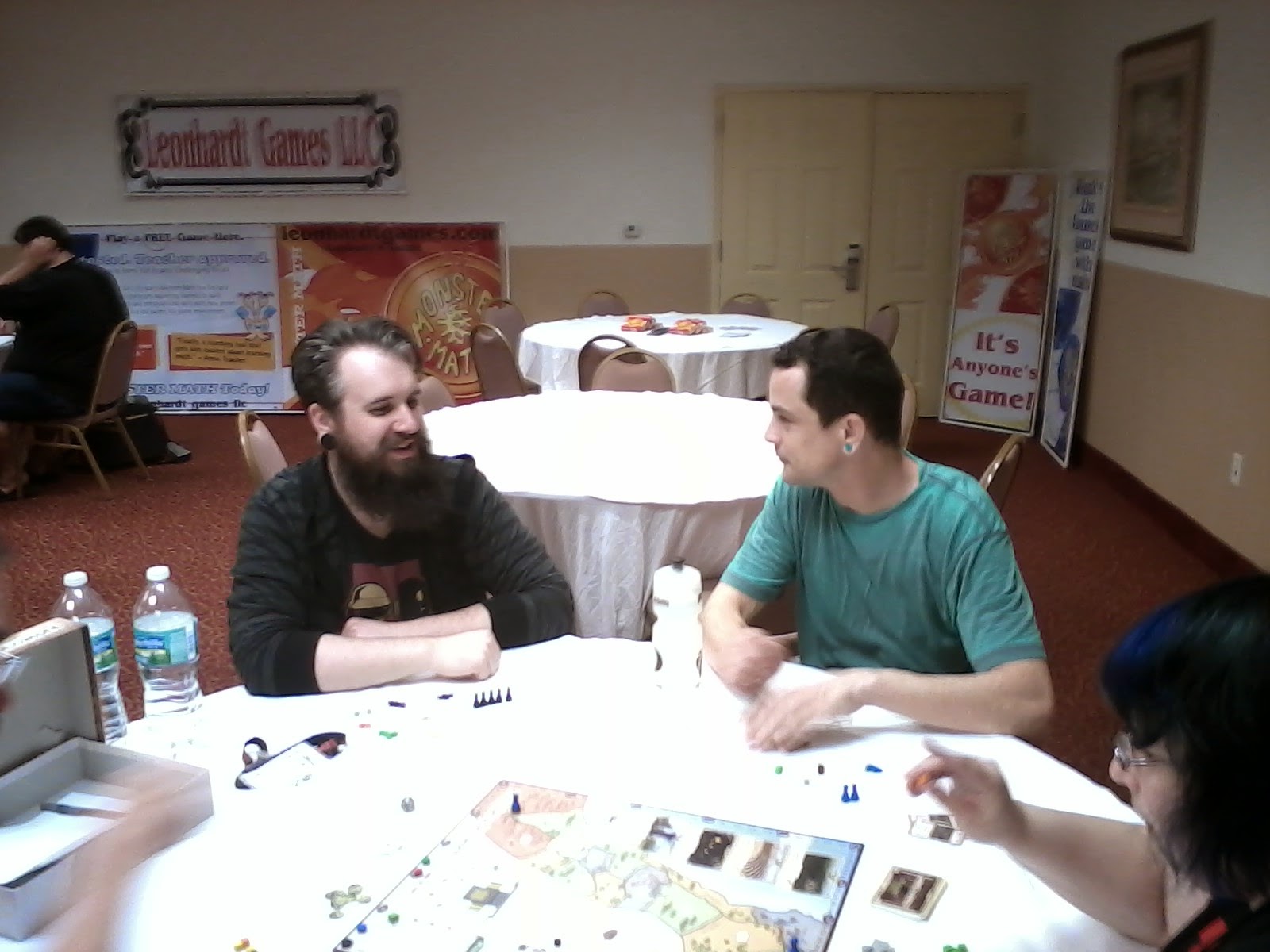 When the convention was up and running, I jumped into a game of The Kingdoms of Solomon. A game of resource allotment with ancient Hebrew culture making things a bit whack, I think CCrabb would love it. I started to get to know the folks around me.

After that game, I dipped in the pool. I had to take a dip because my solitary room was so godheadsdamned big I just had to do something luxurious. If Pery doesn't come with me next time, perhaps it'll be prostitutes. 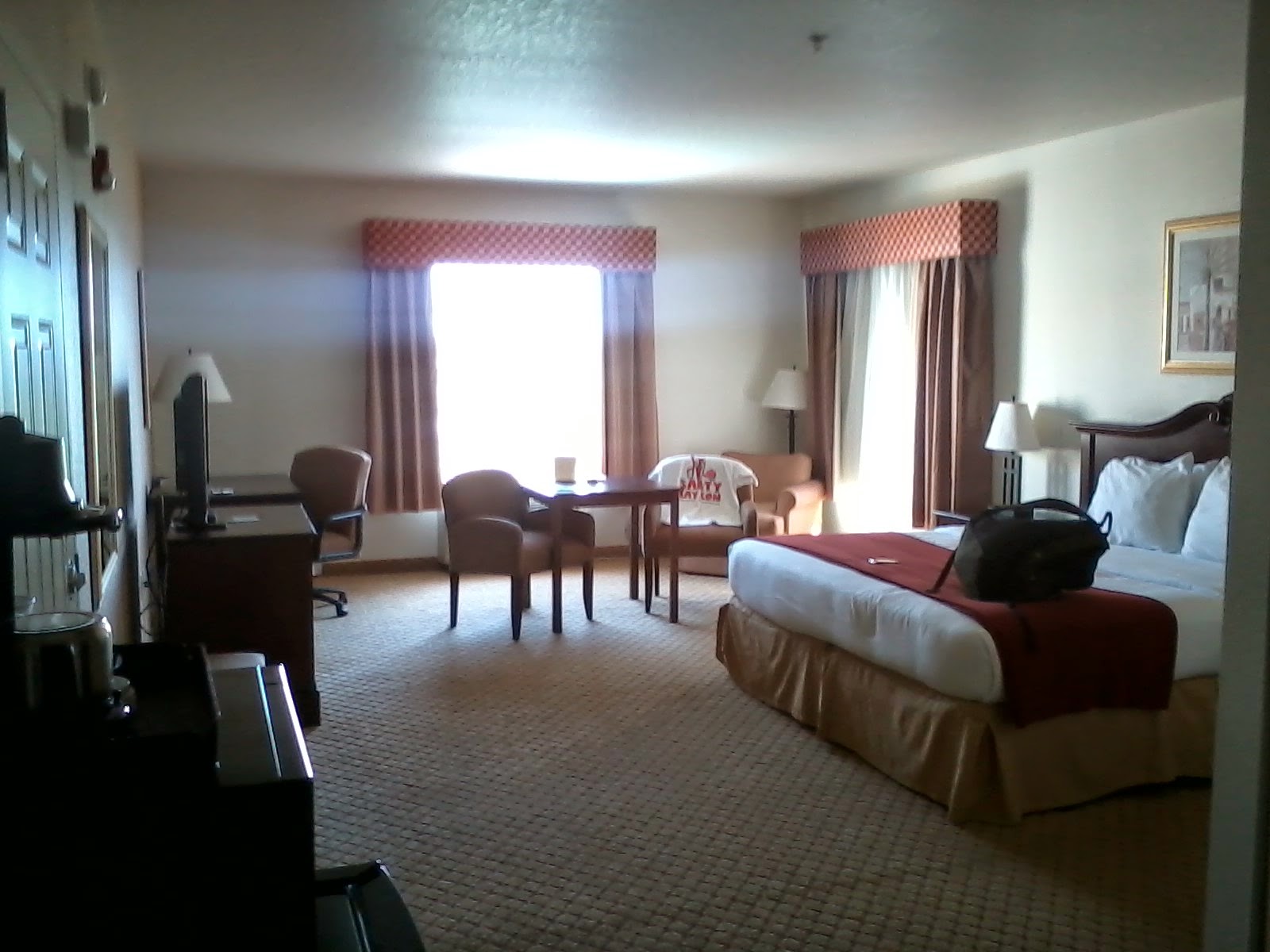 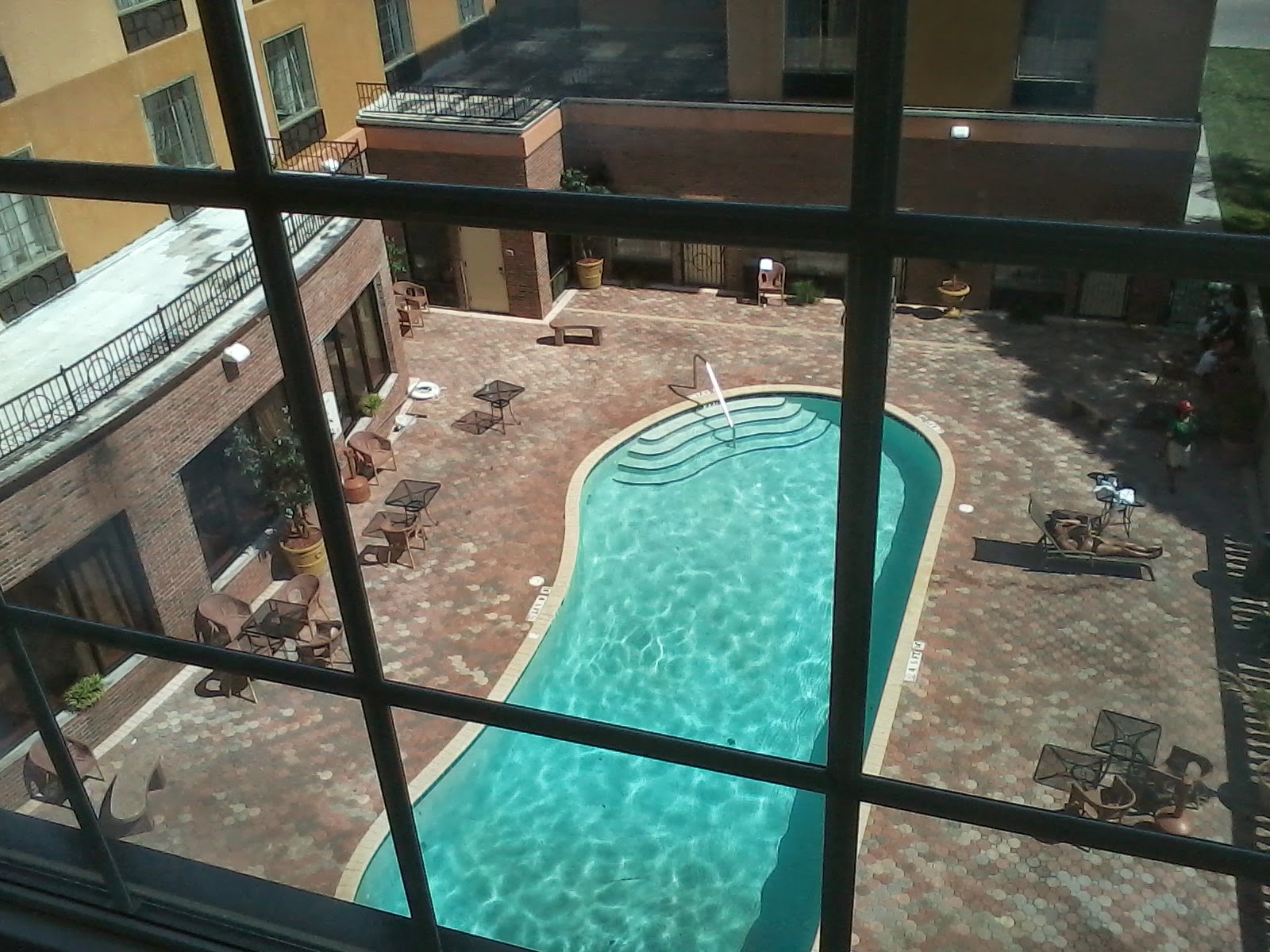 That night's Crawlspace session, "Worst Day At the Beach Ever" was perfect, and I don't use that word lightly.  Four players, my favorite density for a session. Though one was only like 11 or 12, they all were really good role-players. I had enough notes where I didn't have to create anything on the fly. The players moved the plot along, and I got to explore some game mechanics. Oh yeah, that 12 y/o, got the first poker Straight ever in the game, and it was his All-In hand. Do you have any idea how statistically hard that is using the TACK system? I figure about 1:64,000 but I am not a decent mathematician, so it's probably like 1:6.4 million. I ended up the night having some split-pea soup, my favorite, with real ham chunks in it at a deli about a block away from the hotel with some pleasant locals. I took home a tuna sandwich, I have cats at home, for lunch the next day. 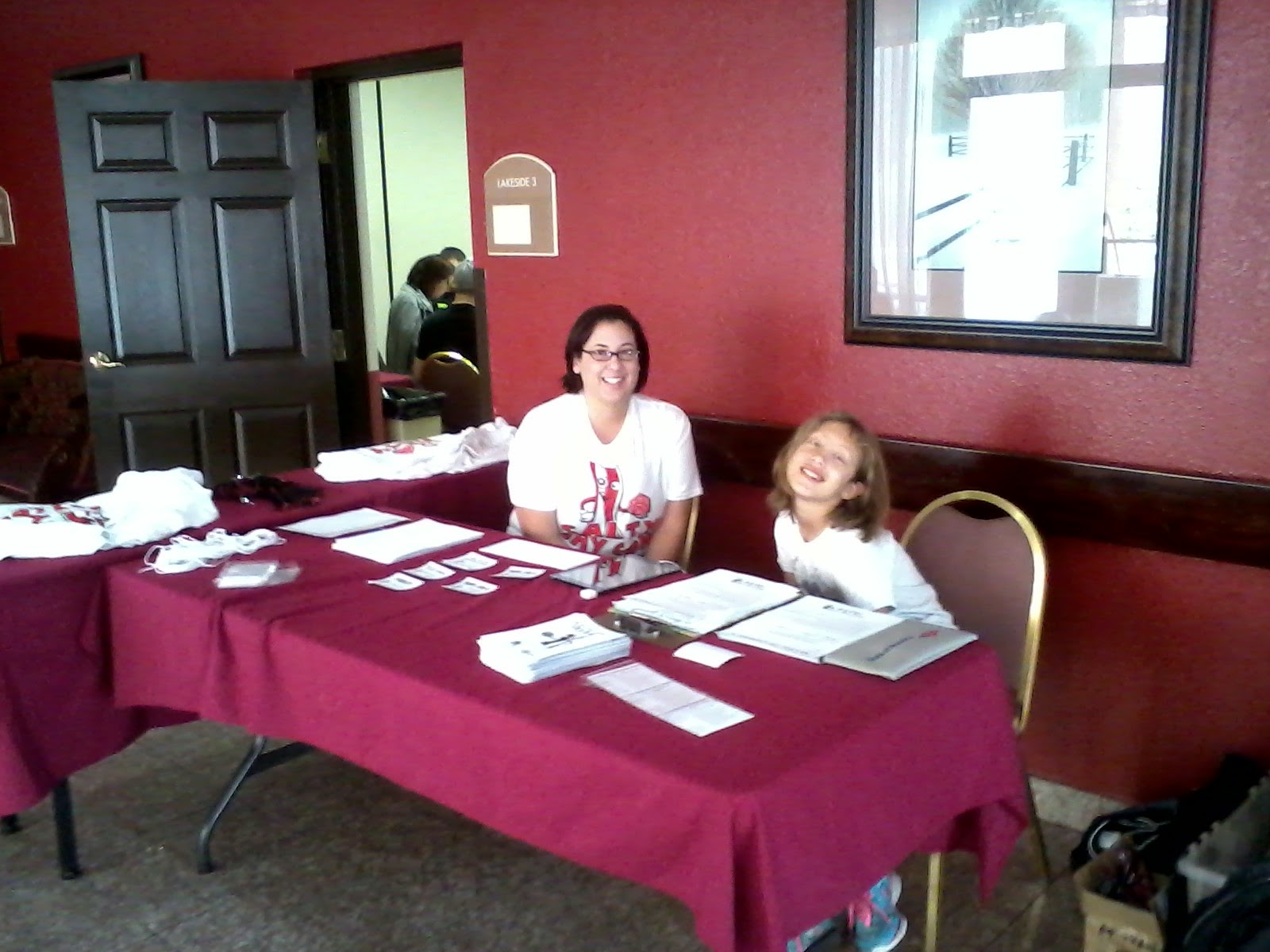 Besides Salty Bay Con potentially being one of the better venues for gaming that I know of there isn't much else to say. My TROTT games were both a wash. That's okay because I got to play in That Other Game with Ben and Marma(sp?) who were in my game the night before and made a couple more firends. But while I had mixed results others were heavy gaming. There were panels and a live comedian to break up the dice rolling. It really was a good time. Still could use a few more people, and the venue for role-playing can be tweaked up a bit. 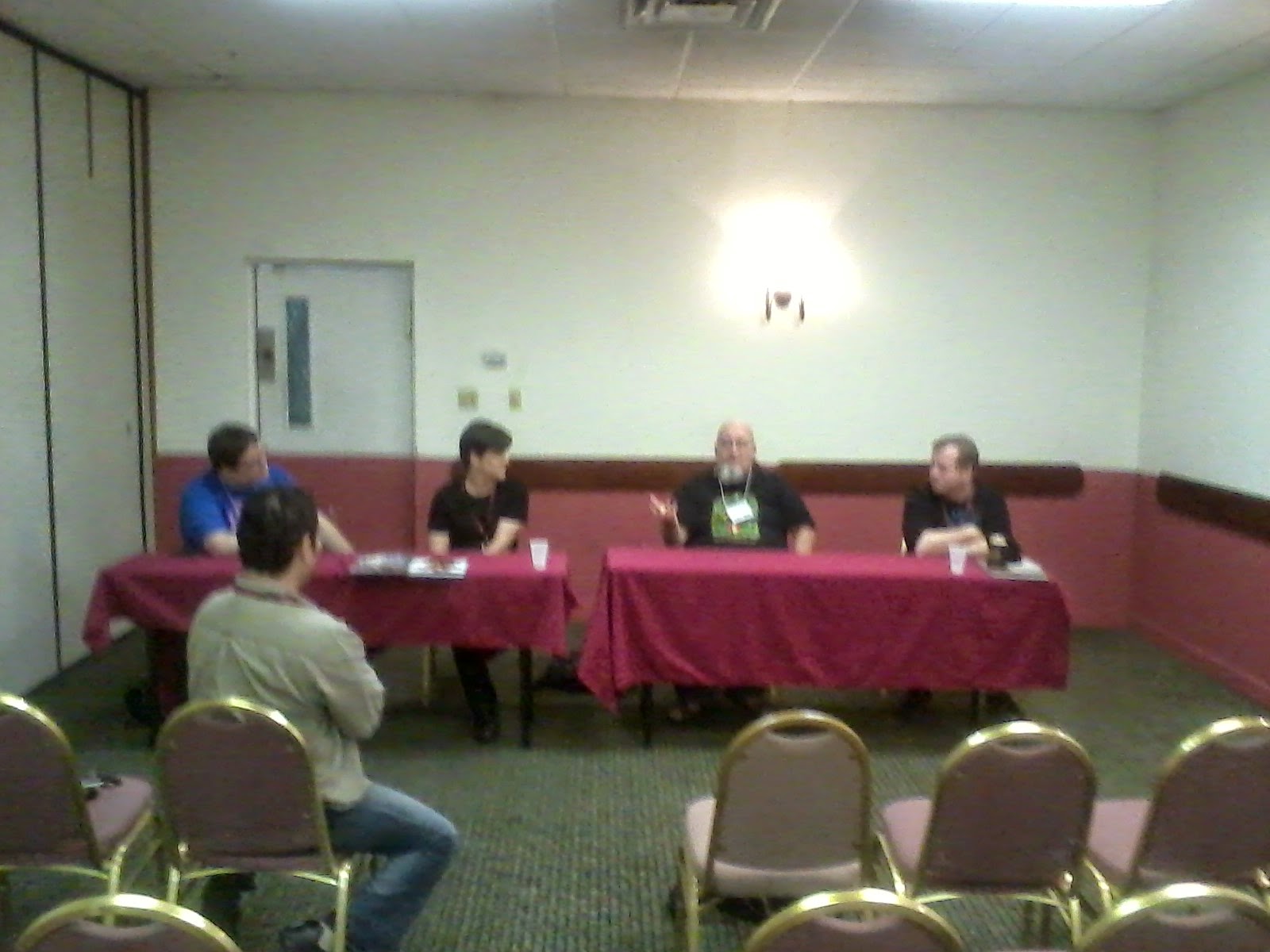 My sister picked me up on Sunday a little afternoon. Somehow, I got it into my head that it was Father's Day. We decided that the two of us would hijack our parents and take them out for lunch. The misadventure now gets meaty. Because of our northern European roots, gift acceptance is an admission of weakness or something and gift givers are only allowed to be kewl kids. My niece Tiffany, or the Tiffer, as she is known among my brood, happened to be swinging by her grandparents house to deliver some carrot cake. The Tiffer somehow had not learned this from her 30 some odd years being alive, so she just happened to mention what the Sis and I were planning.


Now I can't say what happened, because I wasn't there, but it sure sounds like Mon and the Don got packed in hurry and rushed out. The Sis and I drove all over the smallish, suburban town going to the known haunts-- believe me the parental units are well known pub haunters. We ended up leaving a bottle of wine at the door. Failing to find them, we were all glum as we put on our bathing suits, lounged in the swimming pool, and drank our wine or beer until a little after midnight. I met the Tiffer's husband. Saw another niece, Brandy, let's call her B-Gal, who was looking all awesome and established. A couple of dudes, maybe another couple, and some other woman, all friends of the family showed up as well. Luckily nobody was driving, it was a damn block party. Okay maybe we were in the pool well past midnight. I didn't have a watch on. Who knows? 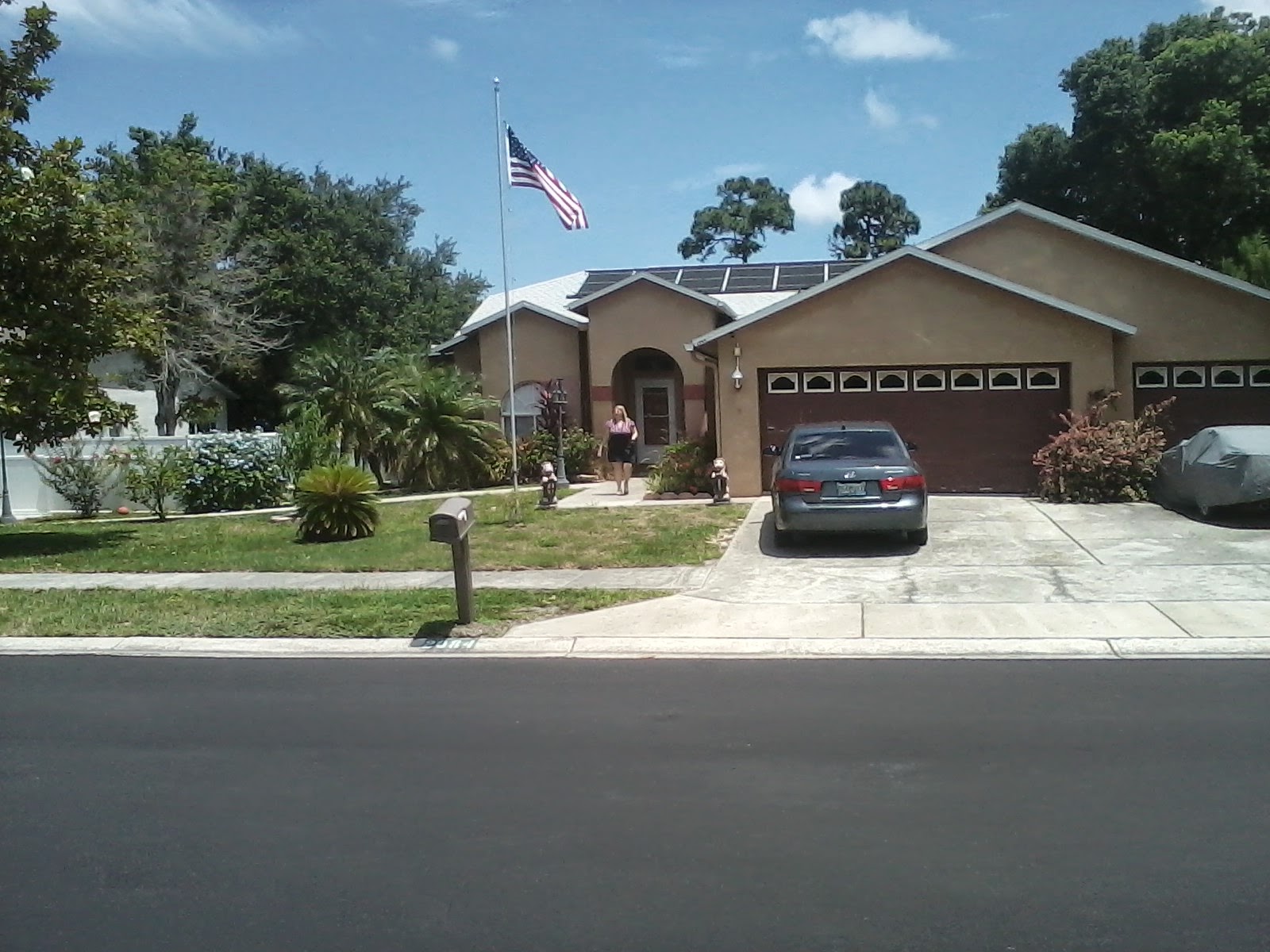 Monday AM came, a little too early for some, as I was the only awake before noon. I had to web search how to turn on the coffee maker in my Sister's house. Once both awake, we daring young adventurers were up and at it again. On the way to breakfast, well fish and chips at a well recommended provider, we had this idea to go halfsies on one of those new compu-tablets for the Don. As Sis wanted a good price for whatever we bought, she called the Tiffer, as her hubby is a computer-whiz or something, to get quotes on the best price. We actually just ignored the tips when looking at the products and thinking of the uses that would be most appropriate. I can't help thinking that somehow the parental units got wind of our strategy. By the time we showed up at the door, no one was home. I had to express some suspicion that we had a tattle-tale in our midst.

The Sis and I were hyenas now. We used our youth and cleverness to decide to go to an Irish pub and wait an hour or two. Sure enough, after two New Castle ales, alas, the prey came home and had to return our calls on their voice mail. Yipping and Yapping, we struck... 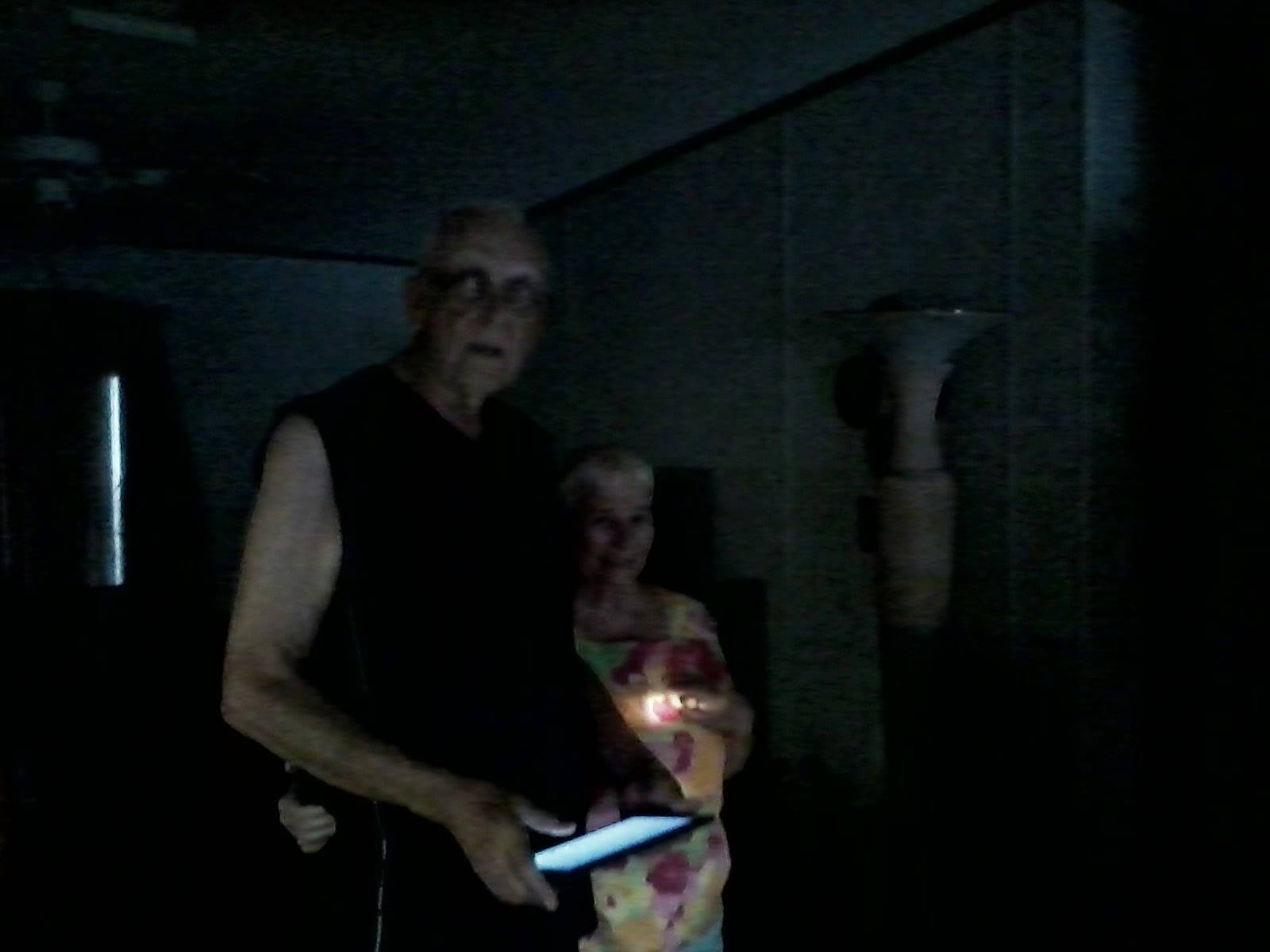 It was a pleasant evening. The Don was as excited as he was bewildered with the Nook that we bought him. Mom shared her gifted wine with all of us. We laughed and smiled in the darkening house, electricity costs money or something. Around 8pm, the Tiffer started calling with proclamations that dinner was ready. I insisted that she make her famous lasagna for the unspoken offense that we both knew that she had committed, two times in a row.  The Sis and I were cool. Hugs and kisses were had, and promises made that no one would open the Father's Day cards would be opened until next Sunday.

The flights home went quicker than scheduled. The weather more to my liking, and Pery was happy to have me home. We ordered out and started watching HBO's True Detective, thanks to my Sis's DVR library. 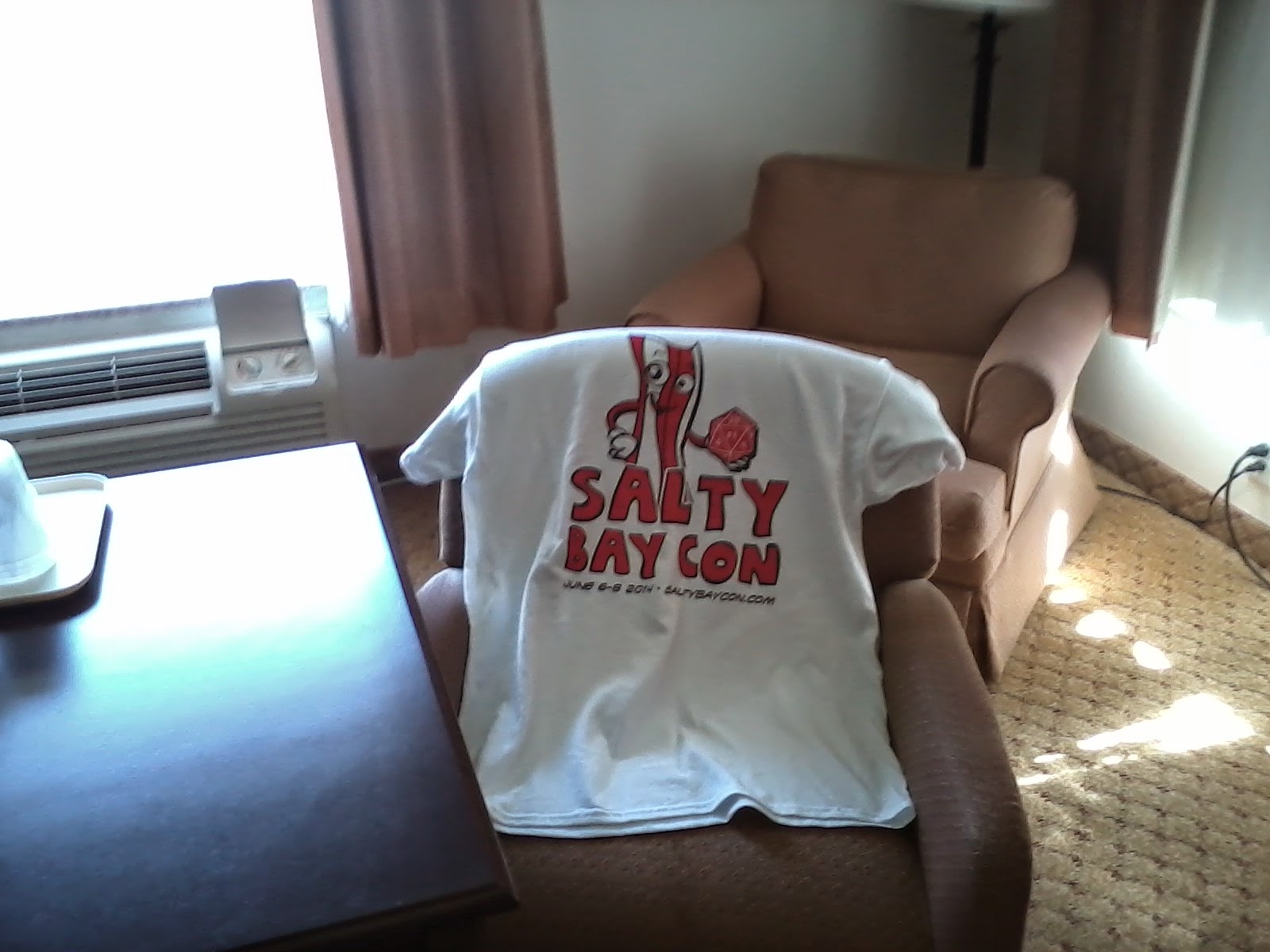 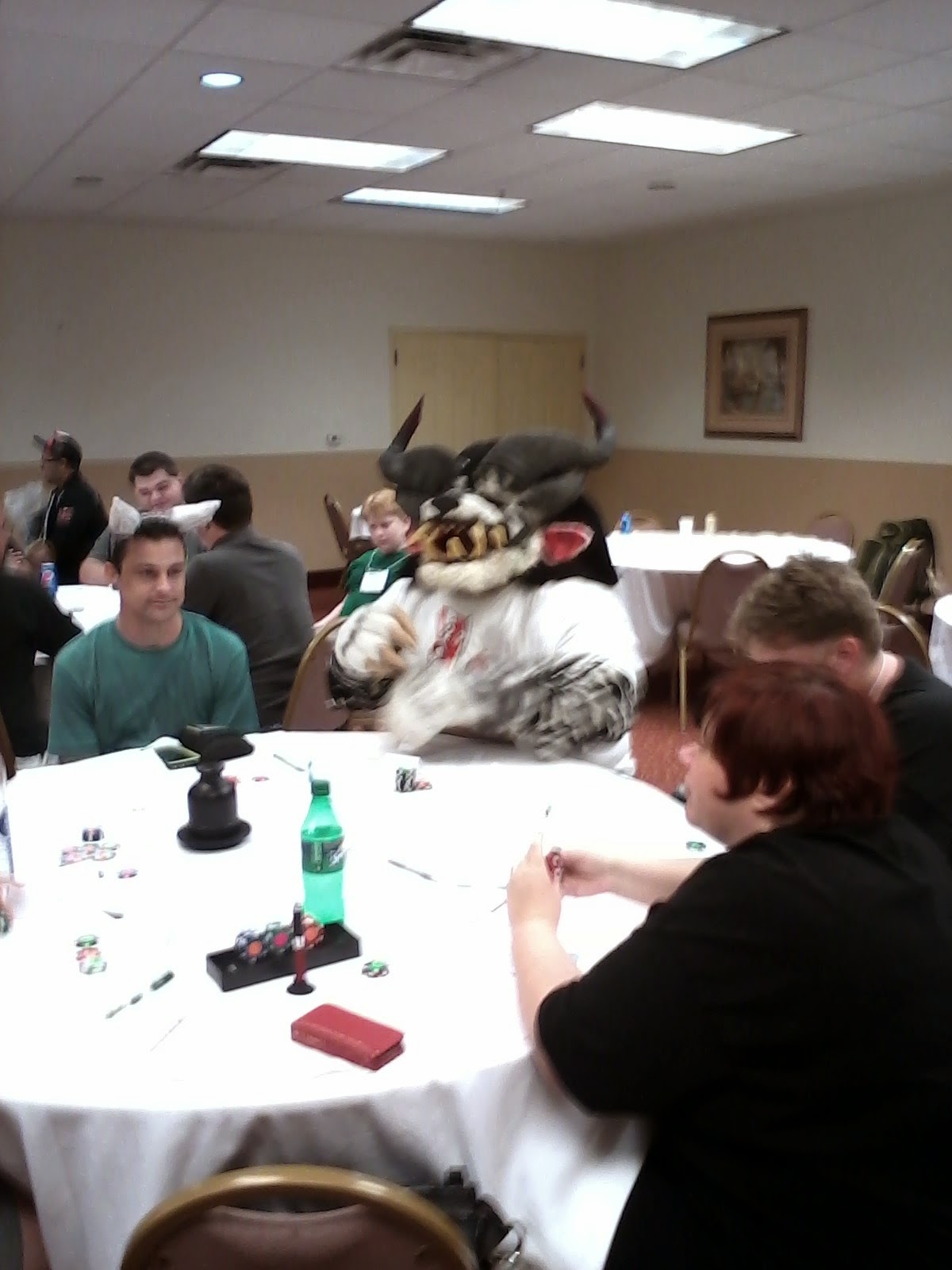 I meant to say I mainlined heroin.