Bonfire of My Shallowness

Unarmed black men keep getting shot by cops, anti-vaxxers are turning public health of the 21st century into 1894, Israel is looking for the next crop of politico-hawks to get the USA into another land war in the Middle East, and Russia is reestablishing empire. The deepest things that I have to talk about right now is Superhero TV and GenCon. I've said this before, but we live in a golden age of escapism.

First about GenCon and that organization's response to Indiana's HB 101. HB 101 is one of those "Religious Restoration" laws where some folks can both argue that they have the right to wear a hijab while being a cop and others can kick Muslims out of their dinner because they are Scientologists. Of course the GLBT (PDQ XYZ QWERTY...) community, has a good idea who exactly the bill is aimed at-- yes, it's them, if you think otherwise, you're an idiot. Well, I was pretty delightfully ignorant on the passage of the bill by neighboring Indy's legislature, until GenCon posted an open letter threatening the sitting governor of the State if he signed it into law. 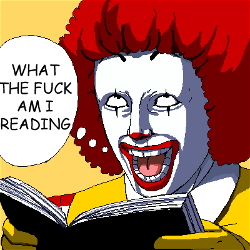 Hoo boy. I can't help but thinking that the threat and all the media around it was a publicity stunt. Anybody who reads a newspaper around the Great Lakes knows that Mike Pence doesn't give a damn about a bunch of gamers coming to his corn farmers' prom night party center, also known as Indianapolis. All the real money in Indiana comes from Chicago-ville (that's NW In.).  It's kind of funny how every year at GenCon everyone is talking about it moving elsewhere (LIKE CHICAGO), but this is the year that it's publicly announced that GenCon will be staying five more years for sure. The convention organizers, if they were serious, would've waited to see if the bill was signed into law, and then at the convention start talking about heading elsewhere before the current contract with the Indianapolis tourism companies would expire. Pence's current term expires in 2017. He'll probably run on how he going to get rid of 30-50,000 pagan sodomite, D&D players and replaced them with America and Cuba's indoor volleyball coaches _and_ fans of Darth Vader, no C3P0 faggot-pants allowed.

So like I am running like seven events at GenCon this summer, and I am someone who really takes bigotry as an offense. Also like GenCon, I really can't not attend because while a vocal 10% of its attendees are fawning over the group's non-action in the face of adversity, about 48% of my friends are right-wingnuts who like these sorts of laws and the other 50% are GLBT (E-I-E-I-Oh) or atheistic allies. Guess who all was showing up anyway this year before HB 101 was signed into law? We've worked hard to get everyone signed up and awarded attendance badges for running games. Thanks for keeping it fun... or not. So now I am a hypocrite, thanks GenCon. I can't help but listen to the troll in my head saying, "Feel better about yourself in 2016."

Thanx to Amazon and Netflix, Peryton and I have been watching a whole lot of comic book TV shows and movies. I myself am rather amazed at how strong DC has been, under Warner Brothers' tutelage, on the TV front. Live action TV shows like Constantine, the Flash, Arrow, and Gotham have enhanced wintertime date nights at our couch. Animated movies like Son of Batman, Aquaman, the Suicide Squad and others, have gobbled up $5 here and there like lost change in that couch. The animated series of the Justice League, JLA Unlimited, and Young Justice have all been consumed in vast quantities over the durations of weeks not months. Thanx to the movies and the cartoon shows, I have caught up on DC media for the last nine years or so.

The producers at WB have a really good handle on the various continuities that DC has. Indeed the stories emphasize differing world realities to appeal to direct audiences in ways that work nicely. They also don't disrespect the writers of the original story lines, like say Jim Starlin pissing all over Jack Kirby's New Gods. A couple of the live-action shows are where things are getting dicey for me.

Constantine and the Flash have been joys to watch. The hellraiser saga has successfully breathed life into its "Monster of the Week" formula, to hint at story arcs, that are pretty on-focus when it comes to the characers-- a rarity in episodic TV. The Flash has gotten comfortable with getting dressed up a bit, and being about superheroes and extreme villains. The longest lasting Arrow and the should be awesome Gotham have gone around the bend for me though. The Green Arrow show is afraid to be a superhero TV show, is either written by machines or dozens of part-time employees hired at minimum wage. It has forgone the title's characters to steal cool Batman characters and themes. The Batman In Love show, is an incomprehensible grind meant for 10 year-olds but written by 70 year-old antique dealers that hate the parking in New York City.  Two of them migh've read a comic-book once before.
Posted by Tom K. at 12:36 AM