I've just finished re-reading the English language Bible for the third time in my life.  I've actually read the work six times if you count the times I've read "it," in other languages. One was Das Buch, in German and two were the on-line texts for students of Latin available to many from the University of Maryland and Concordia University of San Marcos, Texas. 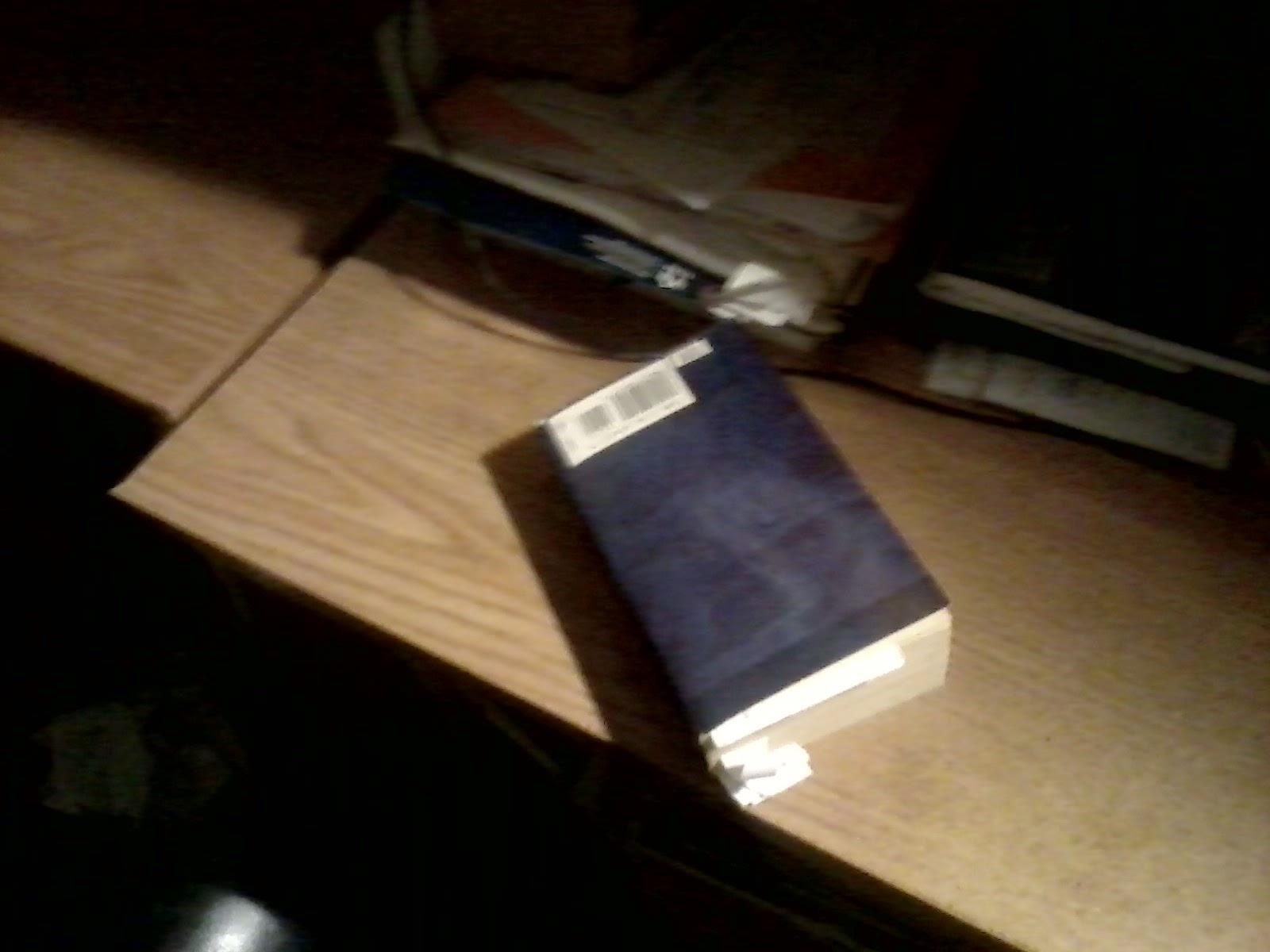 Mind you, I am a poser when it comes to academic scholars. I've only read the Penguin Books version of the Torah once. I've only read three English versions of the Quaran. I'm pretty up-to-date on English language Hindu and Buddhist texts.

The funniest thing about being an atheist is how much religious material that I am familiar with. Frankly that comes from both my trying-to-be-literate upbringing and the demands of responding to so much rhetoric from religious sorts. I gave up about a decade ago trying to make religious sorts see the error of their ways. Consequentially over the last couple of years, I've given up trying to preach to fellow atheists on the best approach towards dealing with the hordes of religious sorts all around them every day of their lives. The first modus operandi is because Vishnu/Jewish/Buddha/Jesus/Koran-smokers are too stoned to listen. The later is because, thanks to atheism, I've realized that no one wants to be told what to do. Even the godhead of Judaism, Christendom, and Islam only suggest (SHALL versus "must") anything.

Beyond learning that these sort of texts justify the most immoral behavior in people, there isn't much to garner from them beyond shallow poetry (IF ONLY REVELATIONS WAS AS GOOD AS ITS HYPE). Any supposedly important messages, like say all of the Ten Commandments, are violated by the very holiest of characters contained in the book after the set rules from whoever's sky god. In short, scripture works best if the person proclaiming this or that has an audience that hasn't read it. The tales read all together at best, "the Bible" would make a really big mini-series on HBO. More than likely it inspires three years of really soft porn and incoherent violence on soap showing a Spanish-speaking channel after midnight.

Now gays and liberals, please stop playing along at being "spiritually" good. In the Christian Bibles, you are considered sinful at least 14 times, starting in the Cities of the Plains. Those cities are mentioned in the book of Genesis, towards the front, and were big on sodomy. The Sky god "smote" them. The there is Jude, "7: "Even as Sodom and Gomorrha, and the cities about them in like manner, giving themselves over to fornication, and going after strange flesh, are set forth for an example, suffering the vengeance of eternal fire." From there it gets more explicit in Leviticus, Romans and Corinthians

I keep hearing that Jesus didn't condemn gay people. It was Paul that came to Rome to lecture those Latins on their wanton abandon, "...26 For this reason God gave them over to dishonorable passions. For their women exchanged the natural sexual relations for unnatural ones, 27 and likewise the men also abandoned natural relations with women and were inflamed in their passions for one another. Men committed shameless acts with men and received in themselves the due penalty for their error...."  I don't want to get too eruditic here, but Mathew wasn't happy about buggering either.

So even if one says, "It was HIS friends speaking for him.", that's nonsense. So just ignore the fact Jesus actually never have existed,  I can't help but think the folks that wrote the New Testament slipped in anecdotes by equally fictitious apostles to appeal to some majority of people's baser instincts. So  nontraditional person with a really good heart, who says they are wise, do you think that the anti-sodomite torch wielder in front of you really wants to review his understanding of the Bible? I've read the thing six times, and it's hard for me to say "Christ Says Stop Victimizing Gays." Are you thinking that the fanatical is a better reader than me? The dude is going to look at your complex argument with unsubstantiated inferences and say, "Okay, there's wiggle room?"

I'd say work at being fluent in Biblical text, but never engage in spiritual debates. The superstitious talks to spirits like a drunk drinks. Logic based supposition on the written word is only helpful when it helps win a convenient argument. Stick to pointing out that there are laws and how religion is a drag on society. Do not try to "balance" the argument with the _believer_.

Okay aside from my sinful plea to folk that are inherently sinful according to those that "practice" (as in don't bother reading and those that would like to lead them) religion, I don't have a lot to add. The Bible, as written in 1611, has been translated into too many languages to not be about just selling books. The folks thumping the Bible are more than likely up to something. According to the book of Exodous, having an agenda for folks not wanting to lead themselves is perfectly natural.