Let us never forget that September 15, Nine-One-Five-Whatever, is a good time to start getting ready to make the year's Halloween season awesome. Since Friday evening, that was 9-11 folks, my partner got me into the mood for this year's celebration of phantasmagorical horror and supernatural flights of fancy. You see, we were bringing a patient out of our vehicle into the hospital. It was raining, so I put a white towel on the patient's head. She promptly covered her whole head with the towel. When walking into the ER, my patient raised her arms and said, "BOO!"

The ER staff loved it, especially after the Charge Nurse heard that I wasn't the one that covered up the patient's face, as well as the cop pulling OT as security at the ambulance door. Even when transferring the patient the staff kept speaking like Boris Karloff and Bela Lugosi My partner couldn't stop talking about Halloween for the rest of shift-- her son's three now, so she can start doing some of the festivities again. With this little piece of guerrilla theater, I am totally in the mood for Halloween again.


Others start earlier than I do, Ben Lathrop, that's Hepcat,  is concentrating on vampires this year.  Charrl's, Charlie Fleming, Screamzine channel is horror 24-7-365 and is available on ROKU. I am especially digging the "Gravebit" series on the Screamzine channel. 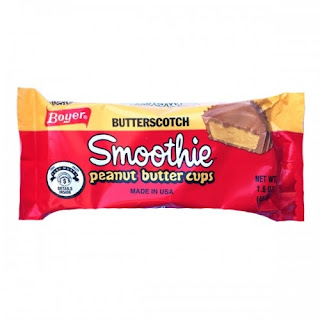 But what I am doing for Halloween? Well, I've decided to publish a couple more Crawlspace scenarios. Since I am off on Halloween night, I plan on doing a porch production complete with American-made chocolates, like Boyer's (I really do like butterscotch and peanut butter cups) and B&W movies for the hordes of uncultured kids these days. A bit more privately, I intend on indulging in some movies just for Peryton and me, maybe Caed or Batman when they stop in over the next few weeks. Here's the selection I am thinking of for this year done in countdown fashion for drama:

If Hellraiser II isn't on the list, make that one of mine. And let's throw in Prince of Darkness.

Just watched Babadook. Super f-ing scary.
Cribbing from it will be my next crawlspace scenario, once Gimme Shelter and glow gets finished.

Lemme take a look at "Cat People (82)" before teaming it with "The Hunger." Both just might make an 80s/Brat Pack Halloween special.

I have to show Badadook to my sister, before I know if it's scary. I am rather unimpressed by it.