What Kind of Fantasy Freak Am I Anymore?

From 1999 until now, my tastes have been evolving as a fantasist. So much of what I thought was awesome when I was unable to spend much time delving into it has turned out to be so average if not bad. So much of the good stuff re-reads as rote compared to the works that came before it. And so many people just don't care unless it comes from Japan and has pedophile overtones done in cartoon.

A more snobby Lovecraft fan than ever. By "Lovecraft" I mean "Cthulhu-ic" not so much the author. I enjoy most of radical, even edgy stuff that I read dealing in the mythos, Caitlin R. Kierman, comes to mind. While I am bored by all "I'ze got guns and important am" that so many wingnuts drool over these days Achtung Cthulhu anybody? Sure the sub-genre of horror known as dark fantasy needs to be kept topical, but does it always have to be from a History Channel scholar that happens to be wrapped around the axle about the 14th Amendment-- that stuff gets old.

The older I get, the more I don't mind being a Treckie of sorts. A Treckie that dislikes most of the episodes of Star Trek that he has seen but has seen them all up to the current franchise. I admittedly still am working my way through the latest, it's rough. The first movies do it for me, and the universe as written in the RPGs and their supplements, as well as chronicles of the STOLRPG (is that a thing wordly wise?) are just so interesting. Maybe that's because the franchise, except for the Star Trek: Discovery, looks back at itself and the creators therein like to talk about that universe that came before.
Even the animated series Lower Deck is interesting, if a bit too Mary Sue in its simplified structure meant for 40 y/o's but pretending to be for High Schoolers-- Hey it was easier to watch than my STtAS on Saturday morning TV in the 70s in Walnut Creek, TX and then Dresden, DE. 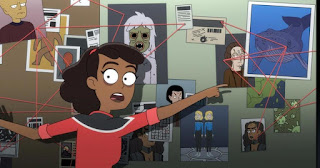 My nuts-and-bolts science fiction formulations are up there with the best. While I am not writing overfunded novels about the future, using free material and data that is out there for everyone, I know more about space and humanity in space theories than any TV writer for the Expanse series. Authors/presenters like Isaac Arthur start to get things right in my estimation, if they'd only get over all the mega structures and colonization of Venus (of all places). Rich coming from a guy that has written about twelve spacemen versus martian variations of the years.

The loss is high fantasy. Ever since Peter "Big Eyes, Bigger Gut" Jackson's take on The Two Towers, it's all been depressing. A dude at work played the video game, released a month before the movie, and basically showed me almost every scene that I would watch later in the movie theater that weekend. While eating popcorn the next day, I discovered the parts of the movie I disliked were when Tolkien text was actually used. Then there was the whole Game of Thrones phenomena. I have always found George RR Martin to be a bit gimmicky. The HBO series where everyone who was anyone had to make an appearance, without a wig to make things look slightly not like their IMDB picture, in a gimmicky and rambling plot, err plots written by machines or immigrant workers using Word 99 to paste in screen footage from better fantasy movies. The movie take on The Hobbit just went on to prove the point. Then plots for various other video games making their way to Netflix, looking at you Witcher, have been no improvement either.

SO I am just going to say it here, here's to all the whackadoodle CGI-technique inspired scripted movies (Like Valerian and The Dark Knight Rises) that have failed at least they were visually interesting in scenes that were not reproduced from others within the same movie during the run time. A couple movies have tried to be deeper in their fantasy subgenres, they boil to fist fights near the end and dating advice. Those flops though have tried harder than the "superhero movies" by far. 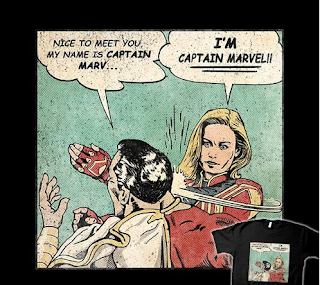 You see Marvel, the brand and the management style, has ruined the superhero subgenre. The task of taking visuals from comics and working in cheesy romance sequences to try and get "girls to read comic books" since the 50s, has given big budget studios a basis for making action movies for almost two decades. Sure it works for at least 20% profit growth for a year but does it really work. And after the big pay-offs keeping this or that studio financially solvent in China, how many do you, seated reader, really want to watch again?
Since the inception of "next level" CGI, none are going to be boring to look at even if it isn't top notch. So I want to see some comic book movies that are about style not an overriding continuity. Just remember how The Infinity War parts one and two flat out pointed out how you were being manipulated as a fan and you suddenly found child-focused movies from Disney interesting again. Almost gone is the inclination to do "single shot" movies for this or that lauded comic book hero. Some are going to be good, most will be mediocre and flawed. But it's not the 90s so very few will be bad.

I suppose overall, I am still on about Lovecraftian themes, if a brought down to big-headed but grade-B budgeted vehicles. I like my brand name sci-fi campy as well. Well, there is a fine line between art and camp and I crossed it long ago.