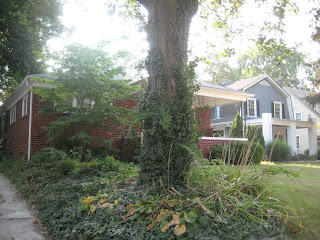 Bluebirds: Monday morning went smoothly. I was able to get the car and head out quickly. We had brunch with McLea and Power Girl. I used the morning to reacquaint with him. Peryton so loves hanging with her brother and sister-in-law. Amy turned her menu into a GM's shield and we played the last game of GenCon 2013. I am not making anything up here. And tamales, tacos, and pancakes were had. There was much rejoicing. We almost forgot that we were on parking-metered time. 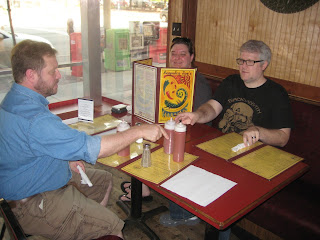 On the way home, we stopped off at JerryTel's house for a sit down. The man was in his undies and sucking up air conditioning and soccer. Obviously, imploding a day before I could. The bastard.We made plans for Peryton's B-Day festivities in October. 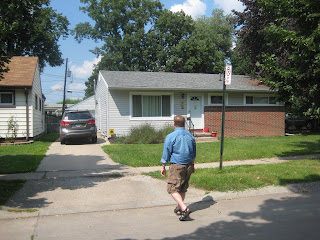 And Upon the End of Things: I wasn't able to hang with friends like Ken St Andre, Todd Rooks, or Jeff Combos. But I'll work on that next year.

Many of my other friends don't get GenCon anymore it would seem. Monk no longer likes running into strangers. The Butkas are busy raising a family. The folks that I know that do come find the event's immensity rather daunting and detracting from me spending time with them. None of these situations I can answer to, except that, I'll make time for anyone on Sunday night after GenCon AT 7:30 PM AT THE BOURBON STREET RESTAURANT.
Posted by Tom K. at 4:35 PM