Whatever edition of D&D came out this weekend, and the same red book cover is appearing on my social media sources about ten thousand times. Alas when in China one has to love Chairman Mao's Little Red Books, and in adventure gaming, one has to deal with D&D-heads, and their red books as well as boxes. While  we were driving home from one of Soccer and Gaming events in Columbus, Peryton turned to this page. I almost drove off the road after a glance, and a horrified double-take. 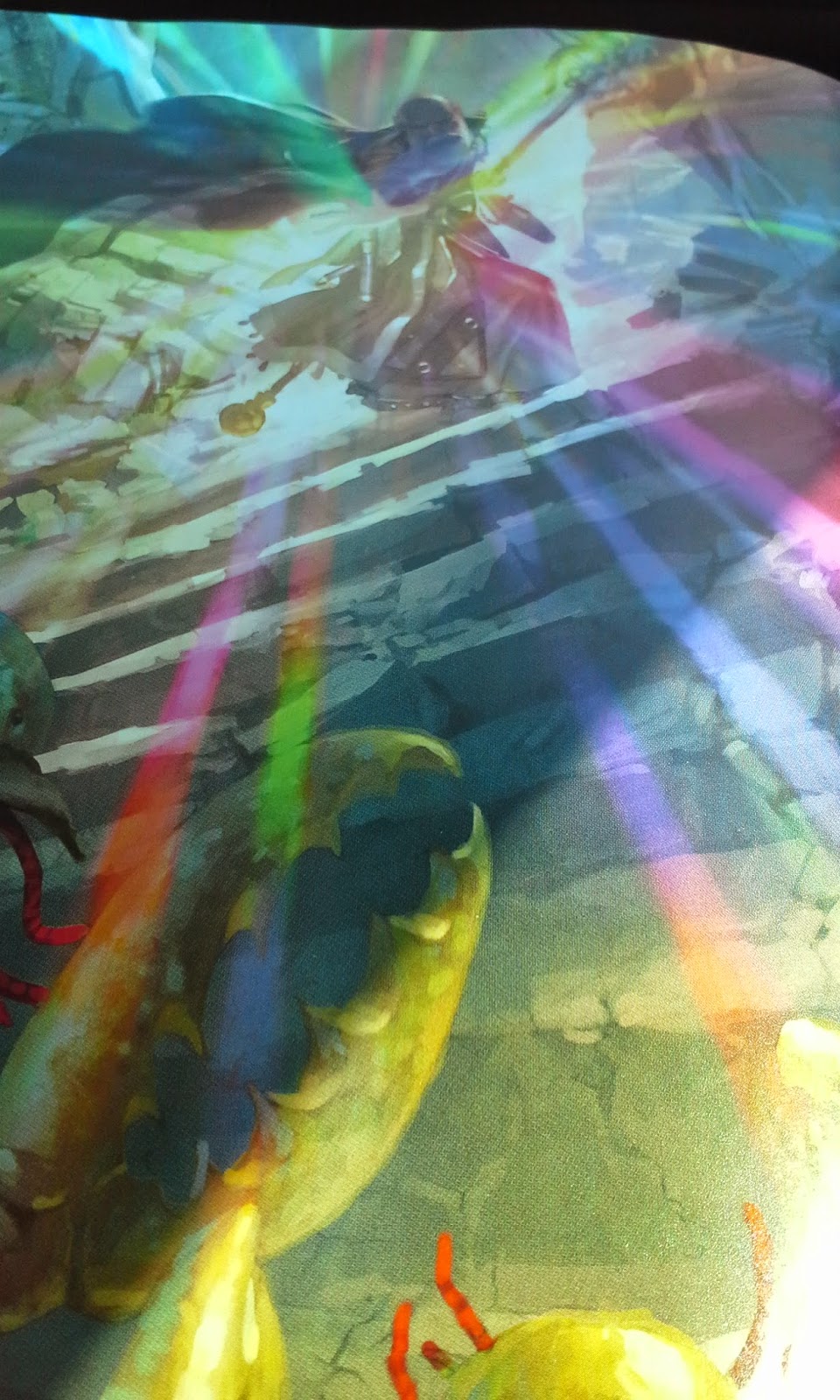 Okay now the brainwashed D&D-head will of course see a Wizard casting a Prismatic Spray spell against some shambling Chools (or is it Chuuls). The 50-something fellow will bang on the pipes of the basement, the signal for his mother to microwave her homemade velveeta and cheerios pizza, his favorite brain food, and he will design a campaign setting for his Dungeon Of the Unforgiving Gods world just for the 5th Edition.

What the rest of the world, those that live six miles south of any place that anybody wants to really live, will see is proof of the Gay Agenda that has taken over Wizards Of the Coast! Obviously that is a Transvestite (most likely a member of the Rachel Madow Adventure Gaming Society) summoning Crab People to emasculate any heterosexual males that stumble upon the D&D game.

Oh there'll be a rumble between the attention-seeking... err Gaymer and the semi-employed... err Christians Against Gaming factions on the streets of Indy this year.
Posted by Tom K. at 9:08 PM